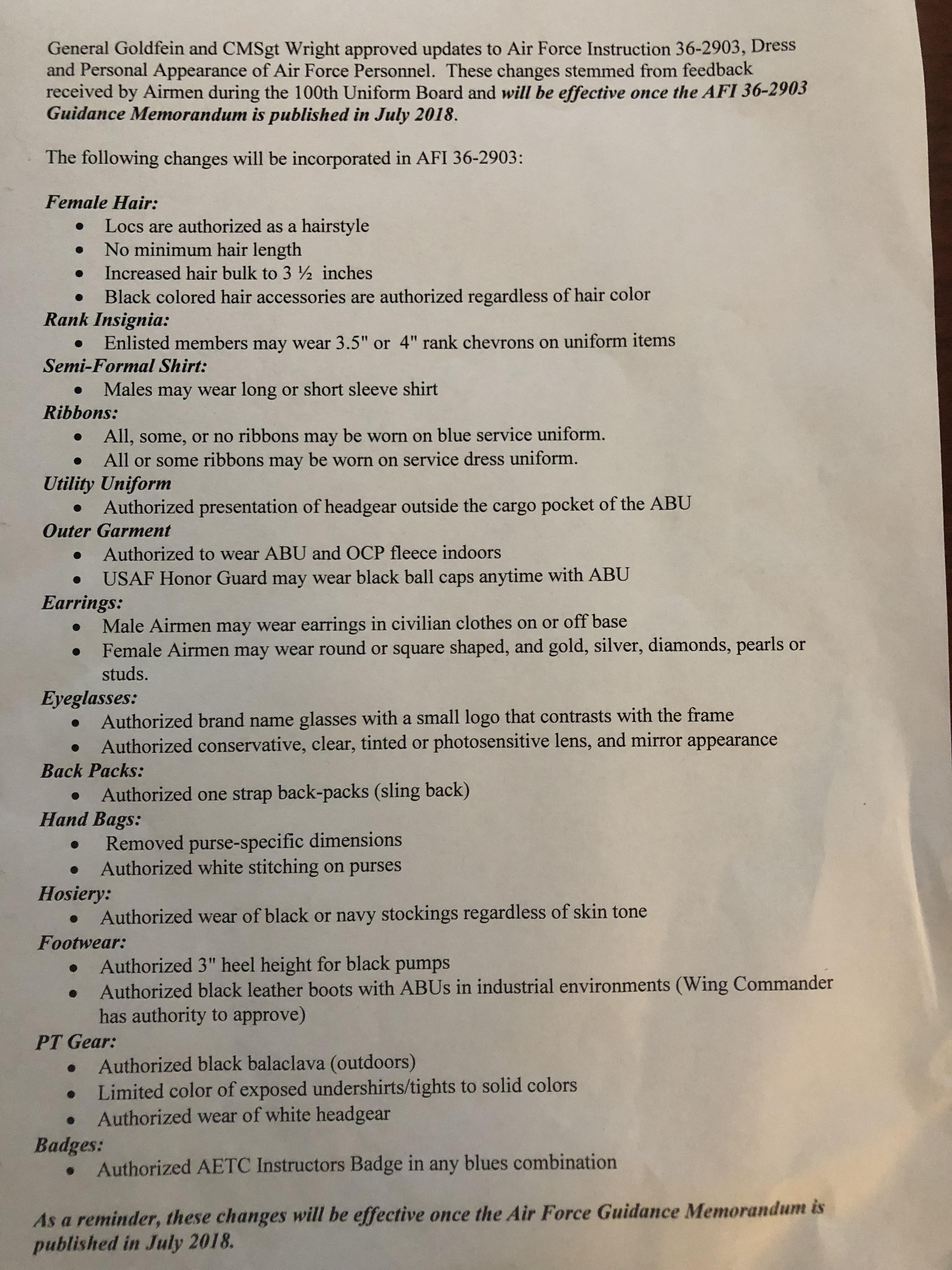 Windy with a mix of clouds and sun. A few flurries or snow showers possible.

Winds ENE at 20 to 30 mph. December 31, 3: Conservative, clear, slightly tinted or photosensitive lenses are also authorized. For the complete list of changes, Airmen should go to: Please avoid obscene, vulgar, lewd, racist or sexually-oriented language. Threats of harming another person will not be tolerated.

Don’t knowingly lie about anyone or anything. No racism, sexism or any sort of -ism that is degrading to another person.

Use the ‘Report’ link on each comment to let us know of abusive posts. We’d love to hear eyewitness accounts, the history behind an article.